Technicolor is set to open a new visual effects studio in Montreal, Quebec, through its subsidiary MPC (Moving Picture Company) in the coming weeks. Bryan Singer’s X-Men: Days of Future Past is among the movies the firm is already working on.

The company is also expanding its post-production facilities and all its operations will be housed in one site in Montreal. 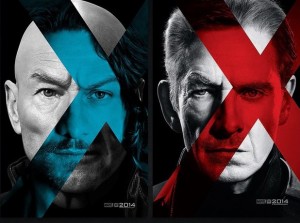 “I am particularly happy that this new development will strengthen our network in North America with equipment and the very highest-quality talent,” said Frederic Rose, CEO of Technicolor: “I thank the Government of Quebec for its continued involvement alongside our industry. Through its investment, Quebec has created a favourable environment and particularly well-adapted training programmes within the Montreal region.”

“By choosing Montreal, Technicolor can count on a pool of specialised, highly qualified, highly educated, experienced, creative, talented people who are ready to commit themselves in a favourable economic environment,” added Pauline Marois, Premier of Quebec: “Investing in Quebec's metropolis enables the company to benefit from very competitive tax treatment, along with low business start-up and operating costs.”

The new 2,300-square-metre visual effects studio has been set up in Montreal’s old town using interest-free loans provided by the government through its development incentive programme. Technicolor’s MPC brand has its headquarters in London, with additional offices in New York, Santa Monica, Vancouver, Amsterdam and Bangalore.

Quebec has created a favourable environment and particularly well-adapted training programmes within the Montreal region.

More than 200 staff will be based in Montreal and are already working on the Disney films Into the Woods and Cinderella, alongside the new X-Men movie.