The Wanda Group in China has unveiled plans for a major new film studio in Qingdao in the north-east of the country. An investment of about USD8.2 billion is planned to deliver a 10,000-square-metre studio complex and 19 smaller stages, as well as a theme park, hotels and bars. 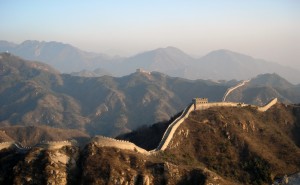 “The future of the world's film industry is in China because we have 1.3 billion people,” Wanda Group company owner Wang Jianlin – said to be the richest individual in the country – told the media at the unveiling: “We will have the biggest film business in the world by 2018. Our cultural [entertainment] business is number one in China, but what about in the world? This is our future investment direction. Our goal is to become one of the top 10 cultural companies in the world.”

Wanda has agreements in place to host 30 foreign films a year at the new facility when it opens, as well as 100 Chinese movies. The presence of film stars including Leonardo DiCaprio, Nicole Kidman and John Travolta at the event, as well as numerous top US producers and agents, indicated the significance of the unveiling.

The future of the world's film industry is in China because we have 1.3 billion people.

China’s film industry is second now in scale only to the US and the major Hollywood studios are exploring new ways to secure a larger slice of the lucrative Chinese box-office.

Marvel’s Iron Man 3 was heavily promoted in China and the studio even released a special cut of the film that delivered more screen-time for the movie’s Chinese co-stars. Michael Bay’s upcoming Transformers: Age of Extinction will film selected scenes in China and a local reality game show helped choose the Chinese actors who will appear in the film.