The BBC has announced more than 50 hours of new filming productions to be presented through its Natural History and Science division. Projects include a follow-up to oceans documentary Blue Planet, and The Hunt, which will focus on the relationship between predator and prey. 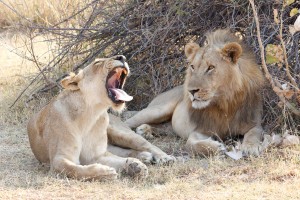 “At the BBC, we’re determined to bring ever more ambition to our natural history programmes,” explained Kim Shillinglaw, BBC Head of Commissioning for Natural History and Science: “By using new filming techniques, peerless research and great storytelling, the next few years are all about shows that will delight our UK and global audiences.

“From new discoveries in Oceans and never-before-filmed behaviour in The Hunt, to assembling 75 cameras in one place for Countdown To The Rains and the groundbreaking spirit of our Sleepover At The Zoo event, we’ve never had as much range, scale and innovation to offer.”

The BBC first explored the world’s oceans in 2001 with Blue Planet. However, the newly-commissioned six-part series Oceans will explore our advanced knowledge of the undersea environment and the improved technology that can be used to film it. Filming locations will include underwater waterfalls in Norway and the world’s largest volcano off the coast off Japan. Gyro-stabilised aerial camera units and remote submarines are among the tools to be used by the production team.

By using new filming techniques, peerless research and great storytelling, the next few years are all about shows that will delight our UK and global audiences.

Land-based programmes will include the three-part Countdown To The Rains. The series will use more than 75 different cameras to capture all the activity on a mile-long section of a river in the South Luangwa National Park in Zambia over a three-week period that charts the end of the dry season.