New BBC crime drama By Any Means filmed largely on location in Birmingham in the West Midlands region of England, doubling the city for London. The drama was the first British show to qualify for the UK’s new TV tax credit when it started filming earlier this year. 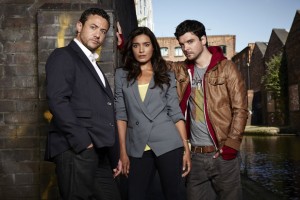 “London is increasingly hard to shoot in, so we felt we’d get much more for our money elsewhere,” producer Tim Key told Trinity Mirror Group: “I’ve shot in Liverpool and Manchester, but as I’m from [nearby] Bewdley, I thought of Birmingham. The opportunity to come back home was too good to miss, and the company had a good experience filming [con-artist drama] Hustle here.

“I saw quickly how it could double for London really well, with a huge variety of locations that suit us. We can get across the city easily and get out to the countryside - in London it can take an hour to move from one side of Tower Bridge to the other.”

By Any Means is a six-part series that was made by Red Planet Pictures with a production budget of GBP6 million. The drama was the first British series to qualify for the UK’s recently-introduced TV tax credit and was able to get a 20% rebate on its production expenditure.

We can get across Birmingham easily and get out to the countryside - in London it can take an hour to move from one side of Tower Bridge to the other.

British television production is increasingly shifting north of London for high-profile new shows like Peaky Blinders and The Village. Broadcasters such as the BBC and ITV have established bases at MediaCityUK in Salford outside Manchester, while the new TV tax credit has reduced the cost of filming in Britain.

By Any Means is screening on BBC One in the UK.