New BBC miniseries From There To Here will star Philip Glenister and will film on location in and around Manchester in northern England. The story begins with the IRA bomb that struck the city in 1996, and spans four years through to the Millennium celebrations.

“I wanted to write a love letter to Manchester - warts 'n all - and to do it through a family saga that captured something of the city's pace, life and humour,” explained Peter Bowker, the series’ creator and executive producer. 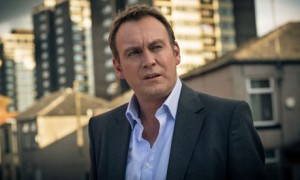 “This story is told against the backdrop of a great northern city, which is reinventing itself in the face of adversity and massive socio-economic change,” added the BBC.

Kudos Film & Television will produce the three-part miniseries for BBC One.

In the last few weeks BBC Worldwide announced it will be increasing its UK filming spend for the next 12 months to GBP200 million – marking a 10% rise – and drama productions are set to benefit. The UK’s TV tax credit will also enable more productions to shoot in Britain.

Hollywood studio productions are also increasingly using filming locations in northern England as they move away from unstable incentive programmes in other parts of the world.

This story is told against the backdrop of a great northern city, which is reinventing itself in the face of adversity and massive socio-economic change.

“The industry needs more production space,” said Elstree’s Managing Director Roger Morris: “Elstree Studios has re-established itself as one of the top UK Studios attracting work from across the film and television industry including many major Hollywood productions. This new development at our site will allow the studios to take advantage of an expanding market.”