Dexter began life in Florida, but the production relocated to Long Beach when the show was commissioned to a full series. 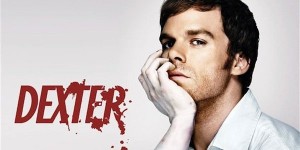 “The pilot was shot in Miami, but it was hit by three hurricanes in production. Long Beach was the only place that offered everything that we needed. My favourite locations are some of the old and derelict warehouses along the water - they provide such a unique look.” series writer and producer Buck Scott told the Orange County Register.

Long Beach is within the so-called ‘30-Mile Studio Zone’, an area around Los Angeles where crew travel costs do not need to be covered by the production.

Miami has had difficulty attracting English-language TV productions in recent years due to limitations on the funding for Florida’s state filming incentive and a lack of large-scale purpose-built studio facilities. Recent spy drama Burn Notice was the longest-running TV show to film locally since Miami Vice, but came to an end over the summer.

The pilot was shot in Miami, but it was hit by three hurricanes in production. Long Beach was the only place that offered everything that we needed.

Florida scored a high-profile box-office hit in 2011 with the family drama Dolphin Tale and is soon hosting the sequel in Clearwater on the west coast. The state filming incentive programme will need more support from Tallahassee if it is to have a chance of competing with its neighbour Georgia.