The Film London Production Finance Market (PFM) is gearing up for two days of events designed to connect producers and financiers from around the world. Held in association with the BFI London Film Festival, the market will run on 16 and 17 October.

Productions worth nearly GBP190 million will be presented at the Market this year by 52 producers and more than 800 meetings are expected over the course of the two days. 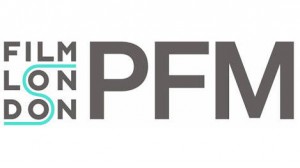 The PFM has existing partnerships with organisations such as the Ile de France Film Commission and PRIMEXCHANGE’s Film Bazaar in Goa, as well as the Nordic Co-Production Market at the Norwegian International Film Festival in Haugesund. Earlier this year a new partnership was formed with Rio Filme - Rio Film Commission in Brazil.

This year’s Market will be opened with a keynote speech from Michael Barker, co-president of Sony Pictures Classics.

“We are extremely honoured to welcome Michael as our keynote speaker,” said Adrian Wootton, Chief Executive of Film London and the British Film Commission: “Admired throughout the international film industry he will provide a keen insight into the world of independent film production and distribution. His expertise in successfully selling films to international audiences, as well as underpinning multi-territory finance, will ensure a fantastic start to this year’s Market.”

Productions worth nearly GBP190 million will be presented at the market this year by 52 producers and more than 800 meetings are expected over the course of the two days.

The UK film industry is in a particularly strong position, offering one of the most competitive filming tax credit programmes in the world that appeals to both film and TV productions. In addition, Pinewood Studios is expanding its presence internationally to sites in Malaysia and Georgia in the US.