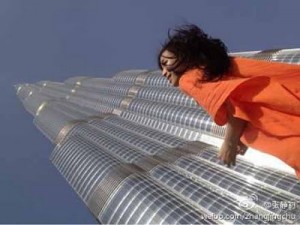 The production got the support of the Dubai Film and TV Commission and the city’s Department of Tourism and Commerce Marketing in a process that lasted three years from initial conversations to the film’s theatrical release. Filmworks and Emirates Airline were also involved and Switch even filmed an action scene on an Emirates A380 aircraft.

“Filmworks provided a full facilitation service for Switch which included locations, equipment, logistics and crew,” explained Julie Smythe, Development Manager at Filmworks: “Every international facilitation shoot of this size comes with its own unique set of challenges - it's never easy, but the issues are usually surmountable.

“Judging by the opening day figures of Switch it looks likely that other Chinese productions will be keen to come to our city in the near future.” 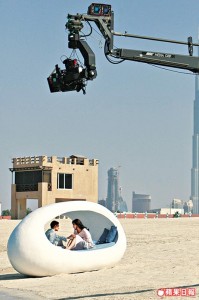 Dubai is also very aware of the opportunity to promote itself as a film tourism destination in the Chinese market, given that Switch filmed on location at several of the city’s urban landmarks.

“Switch will no doubt make a significant positive impact in increasing awareness in the China market of Dubai and help achieve our growth plans," said Dr Ahmad Belhoul, CEO of Strategy and Tourism Sector Development.

“The film and television industries have a significant impact on a destination’s external image and we are seeing an emerging global trend for tourists to make travel decisions as a result of exposure to locations featured in popular films or TV show," Belhoul added.

Shah Rukh Khan has continued Bollywood’s interest in the UAE and recently wrapped filming for his new movie Happy New Year. The production shot extensively on location at luxury hotel Atlantis, The Palm, and was the first international feature to film almost entirely in Dubai.