Half of a Yellow Sun films in Nigeria

New feature Half of a Yellow Sun filmed on location in Nigeria with high-profile British actors Chiwetel Ejiofor and Thandie Newton. The film tells a story of family ties against the backdrop of the Nigerian-Biafran War of the late 1960s.

Ejiofor was excited to have the chance to film on location in Nigeria, but admitted the day-to-day practicalities of shooting in the west African country were a huge challenge. 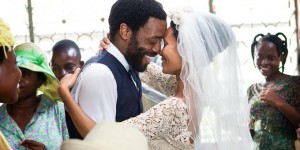 “It was an intense experience going out to Nigeria,” Ejiofor told Press Association: “I was thrilled about it because I felt that it would make the film and it would tie in to the look of the film. And I think being there gives it that authentic quality.

“It was incredibly difficult to shoot in Nigeria in the end. There hadn't been a film of this scale in Nigeria before, so there was not that much infrastructure to support the filming, which just proved kind of complex.

“Where we were shooting, the access to getting to places was tricky. We would use these river boats - which I have to say is a beautiful way to go to work, but it's not necessarily the most time-efficient way. And then we'd walk through these tiny villages to where we were shooting. And we had to be quite wary about getting ill, so it was an intense experience but it added to the whole film.”

I was thrilled about it because I felt that it would make the film and it would tie in to the look of the film. And I think being there gives it that authentic quality.

Half of a Yellow Sun was produced by London-based Slate Films and marks the feature directorial debut of Nigerian playwright Biyi Bandelle. The film premiered at the Toronto International Film Festival.