Harry Potter star Daniel Radcliffe will film on location in London and Moscow for Olympics drama Gold. The actor will play British athlete Sebastian Coe in the film that will reunite him with his Woman in Black director James Watkins.

Gold will chart the rivalry between Coe and fellow British runner Steve Ovett in the build-up to the Moscow Olympics in 1980. 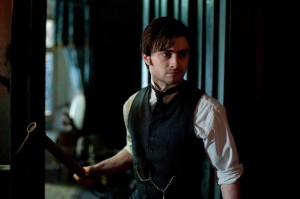 “I hadn't realised how good [the story] was until you dig into their past,” Simon Beaufoy, the production’s co-writer, told BBC News: “They were fantastically different athletes and different people. And they rarely met... apart from on the track - but not very often, even on the track.”

“Compelling, funny and moving, Gold is a gem of a story and BBC Films is proud to be participating in bringing it to an international audience,” BBC Films' Christine Langan added.

Filming on location in Russia can be a tricky proposition and at this stage it’s not clear whether Gold will film extensively in the country or carry out a more limited second-unit shoot.

Feature productions with a Russian setting tend to avoid filming in the country for real, due partly to a lack of filming incentives. Countries in Eastern Europe can easily double for Moscow and other Russian cities, complete with experienced crew, more comprehensive infrastructure and generous filming incentives.

Bruce Willis’ action sequel A Good Day To Die Hard is among the recent high-profile productions to be set in Russia, but ended up filming in Budapest instead, with only a small unit shooting additional scenes in Moscow.

Filming on location in Russia can be a tricky proposition and at this stage it’s not clear whether Gold will film extensively in the country or carry out a more limited second-unit shoot.

Unit Production Manager Stephen Marinaccio shot extensively in the Russian capital for 2011 Moscow-set alien invasion thriller The Darkest Hour. He enjoyed his experience, but also spoke of the local challenges: “On local projects their days are generally shorter and they do not seem to have studio people watching their every move.

“I feel the ‘Western way’ of making a film with many operational studio procedures was perceived as a bit daunting.”