Leo Carrillo State Park near Los Angeles on the Pacific Coast Highway is celebrating 60 years as a popular California filming location. The park’s beach has hosted a long list of film productions and is named after Leo Carrillo, co-star of classic 50s TV show The Cisco Kid. 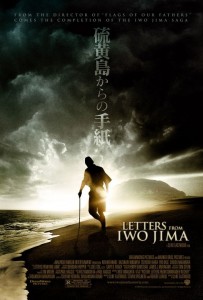 Productions filmed on the beach over the years have included classic musical Grease, Pirates of the Caribbean and Bryan Singer’s cult crime thriller The Usual Suspects, the LA Times reports. It was also a regular production haunt of legendary B-movie filmmaker Roger Corman, whose low-budget productions were a crucial training ground for directors like Ron Howard and Martin Scorsese.

Clint Eastwood turned a section of the beach into the Japanese island of Iwo Jima for his World War II drama Letters From Iwo Jima.

“It definitely helped us keep the production here - otherwise we would have had to go to Hawaii,” said Steve Beimler, Location Manager on Letters From Iwo Jima, to the outlet.

While the park offers great visuals, it’s also within the 30-mile zone of Los Angeles’ main studios, meaning that productions don’t need to cover expenses for crew travelling to the location.

Celebrations for the 60th anniversary will be held on 19 October and will include a showcase of some of the movies that have used the park as a filming location.

It definitely helped us keep the production here - otherwise we would have had to go to Hawaii.

California currently struggles to attract movie production and TV drama shoots as the state faces intense competition from other parts of the US. There are, however, promises of a renewed push to draw filming back to the west coast and the Mayor of Los Angeles has appointed former studio executive Tom Sherak as his new ‘film czar’.