Ridley Scott is filming his historical Moses epic Exodus on location in the Almeria region of Andalucia in southern Spain, which is doubling for ancient Egypt. Shooting with Christian Bale, the filmmaker’s production team spent three months building partial sets for the movie. 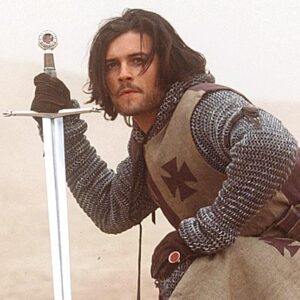 Scott’s team has been supported by the Andalucia Film Commission, which previously worked with the filmmaker on his 2005 Crusade epic Kingdom of Heaven (left). The commission spent two months earlier this year working with Scott’s locations team to put together a shortlist, before the filmmaker investigated the options in person.

“On the set of Sierra Alhamilla in Almeria they have recreated a spectacular city and Pharaoh temples to be completed with digital post-production,” explains Piluca Querol of the Andalucia Film Commission: “The sets took three months to build. They will also be shooting a big battle scene with two thousand extras.”

Twentieth Century Fox is working locally with Madrid-based Babieka Films. Spain does not offer a formal filming incentive, but Exodus is being considered a Spanish co-production, enabling it to access a crucial tax break through a European Economic Interest Grouping. The shoot will spend around EUR43 million locally, according to the Andalucia Film Commission, and is scheduled to continue through to January 2014.

On the set of Sierra Alhamilla in Almeria they have recreated a spectacular city and Pharaoh temples to be completed with digital post-production.

Exodus will also be filming on location in the Canary Islands. In contrast to the Spanish mainland, the islands offer a 38% tax break and a Special Zone Low-Tax Regime, a programme which has seen them become a popular filming location over the years, attracting movies such as Fast & Furious 6.