Production on Hugh Jackman’s X-Men spin-off The Wolverine helped boost Australia’s international filming figures for 2012/13 after two years with no big-budget foreign shoots. However, the high Australian dollar prompted a slump in post-production work for the year.

Australia’s domestic production industry, on the other hand, showed a big expansion, with TV drama expenditure increasing by nearly 30% over the course of the year, according to the figures from Screen Australia. 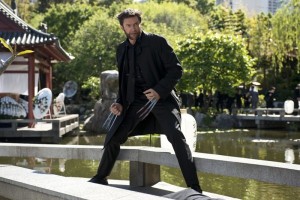 “There is clearly a growing demand from local audiences for Australian stories, across multiple platforms and new channels,” said Ruth Harley, Chief Executive of Screen Australia: “Australian stories are important to the cultural fabric of our society and contribute to our social belonging and sense of national identity. Moreover, our stories are resonating with international audiences as demonstrated by multiple format sales overseas for Australian television dramas such as Rake and A Moody Christmas.”

The Australian government is under pressure to increase its Location Offset filming incentive – currently set at 16.5% - in a bid to boost the country’s international appeal. In recent years the government has fallen into a pattern of securing big-budget international shoots by negotiating one-off payments to help offset local production costs. Without this, The Wolverine would probably not have filmed in Australia.

There is clearly a growing demand from local audiences for Australian stories, across multiple platforms and new channels.

To read more about The Wolverine filming in Australia click here.