Yosemite National Park in California is one of the popular American filming locations suffering as a result of the continued US government shutdown. Politicians in Washington, DC, have failed to agree a new budget, meaning federally-owned land across the US is closed for business.

National parks are all affected by the closure. Yosemite usually welcomes around four million tourists a year, plus a similar number of local visitors, but the government shutdown means the park is closed to tourism and location filming.

“Film projects we have cancelled include commercials, still photo shoots, two movies and some documentaries and reality shows,” explains Dave Wolin of Yosemite/Madera County Film Commission: “I don't handle location fees, but there will be requests for refunds. Those are made to either Forest Service or Park Service staff, neither of which is answering their phones.

“I have attempted to find other locations - with minimal success - in state or other facilities. Unfortunately, Yosemite is somewhat iconic and hard to reproduce on a back lot in LA. 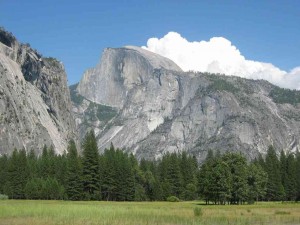 “This is a financial disaster for tourism and film-related businesses everywhere that depend on national park or national forest visitation.”

Yosemite National Park is an iconic natural landscape in the US and has been a popular filming location for a century, doubling for places as diverse as New York, Asia and Afghanistan. The park’s scenic roadways and bridges are popular for commercial production and, at only a four-and-a-half-hour drive from the coast, are easily accessible from Los Angeles.

Democrats and Republicans in Washington, DC, are locked in a bitter dispute over healthcare reform that has resulted in the first federal shutdown in nearly 20 years. The pressure is mounting to find a resolution and avoid irreparable economic damage in places like Yosemite.