Producers on the BBC’s new fantasy drama series Atlantis have sought permission to expand their filming facilities in Wales in time for the show’s second series. Atlantis has been filming at retrofitted studio facilities in a former supermarket storage warehouse in Chepstow, east of Cardiff. 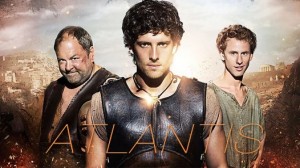 Producers in fact submitted development requests a few weeks ago, but the show has only just been confirmed for a second series. Urban Myth Films set up one large studio and two green-screen stages on a temporary basis in the Chepstow warehouse, but the production company now wants to develop more studio space, offices and parking facilities for a potential five-season run.

Julian Murphy of Urban Myth Films spoke to Newsquest Media shortly before the second series commission was confirmed: “In anticipation of further episodes, we have applied for permission to use additional parts of the warehouse for filming. To avoid delay, we have applied now as a precautionary measure so that we can get going with expanding our set if another series is commissioned by the BBC.”

The first series of Atlantis filmed mostly at the Chepstow facility, but also spent a short time shooting on location in Morocco.

High-end television shows will now have an easier time filming in the UK, since the government launched a TV tax credit alongside its existing film incentive programme. Finding suitable studio space is likely to become a more widespread issue and retrofitting existing buildings could be more commonplace in the coming years.