The BBC’s zombie drama In The Flesh has started filming a second series in north-west England. Continuing from a three-part opening run, the show is set in the aftermath of a zombie apocalypse as the undead are treated for ‘Partially Deceased Syndrome’ and reintegrated into society. 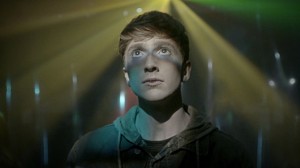 “I am excited that BBC Three viewers will once again have the chance to immerse themselves in writer Dominic Mitchell's intricate world, which brings such realism to the scenario of medicated zombies being reintegrated into the community. The popularity of series one is testament to the strength of the cast, production team and conviction with which Dominic writes,” said BBC Three Controller Zai Bennett.

“With its uniquely naturalistic take on the zombie genre, told as much from the point of view of the zombies (or PDS Sufferers) themselves, as that of the locals forced to live alongside them, In The Flesh is original, dramatic, funny, politically engaged and never less than 100% emotionally truthful,” Director Jim O’Hanlon added.

Filming logistics can be tricky in zombie dramas as it’s a potentially expensive sub-genre.

Zombies are big business on the small-screen, with The Walking Dead firmly established as a ratings hit in the US. The show has filmed on location in Georgia for four seasons and has helped boost the state’s production industry.

Filming logistics can be tricky in zombie dramas as it’s a potentially expensive sub-genre. The post-apocalyptic world needs to be artfully designed and the make-up of the undead themselves has to be convincing. Zombie dramas also tend to move characters through multiple locations as they search for help and fellow survivors, which is a costly production exercise. 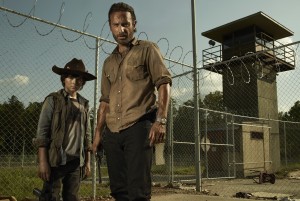 The Walking Dead was in fact quickly impacted by these issues as the production budget was slashed for its second season, despite the show's huge success. While the show’s initial episodes involved the main character riding across country and into the heart of a deserted Atlanta on horseback, subsequent seasons scaled back the scope of the action to one main location at a time

In The Flesh avoids many of the expenses of the classic zombie sub-genre by setting itself in one location several years after the world has begun recovery from the initial undead infection.