New rescue drama SAF3 (pronounced ‘Safe’) is filming on location in Cape Town, doubling the South African city for California. The drama focuses on an elite unit of Malibu’s fire department that encompasses specialists in sea, air and fire rescues. 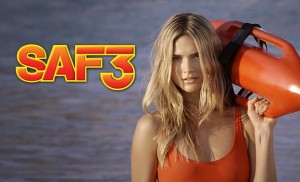 Given that the show is co-created by Gregory J Bonann – the man responsible for retro-classic 90s TV show Baywatch – it won’t be a surprise that SAF3 is promising similar beach glamour, as well as a cast headed by action star Dolph Lundgren. The 20-episode series will spend 103 shoot days on location and will also complete post-production work locally. South Africa offers a 5% rebate on post-production spending, in addition to its 20% base filming incentive.

Baywatch lasted 11 seasons and Cape Town will be hoping that SAF3 finds a similar cult fan base, as that kind of longevity would have a massive impact on the local production industry.

Cape Town has proved again that it’s a film-friendly destination and it’s reaping the benefits.

“Greg and his team looked all over the world, including America, New Zealand and Australia, but chose Cape Town for the production value, labour force and gorgeous scenery they could get here. He would not be able to shoot his Baywatch series in California today,” said Michael Murphey of servicing company Kalahari Pictures: “Cape Town has proved again that it’s a film-friendly destination and it’s reaping the benefits.” 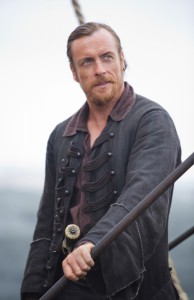 Filming for SAF3 is expected to deliver around USD15 million locally in direct production spending. The shoot will mainly be based on the beach at Cape Town's Camps Bay and at Kalahari's Epping studio facility.

“SAF3 are the heroes who answer the most challenging calls; specialists who collaborate, coordinate, and initiate daring rescues in the most dangerous venues to save human life,” said Bonann: “Each episode will centre on big-action rescues, as well as camaraderie and friendship. They are a team that serve and who have each other’s back.”

The new show is a big development for South Africa’s television production industry, which has already hosted the major pirate miniseries Black Sails (left), scheduled for broadcast in 2014. Black Sails was largely filmed at Cape Town Film Studios, which had water tank facilities built specially for the shoot.