A feature set against the backdrop of the tsunami that struck Japan in 2011 will film on location in the country. Magnitude 9 is being co-produced by Alvernia Studios in Poland and RatPac Entertainment, a new company set up by filmmaker Brett Ratner and Australian media tycoon James Packer. 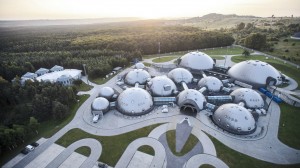 Using the tsunami as a backdrop, Magnitude 9 will tell the story of a US Naval officer based in Japan who becomes torn between a mysterious local woman and a fiancée back in America. The film will be based on the classic opera Madame Butterfly.

“Magnitude 9 is one of the more powerful scripts I’ve read in a long time,” said Ratner: “It combines a great love story around a natural disaster and beautifully tells the story of the incredible lengths people will go through for love.”

The film will be directed by Agnieszka Vosloo, who wrote the script based on an updated idea by Alvernia Studios’ owner Stanislaw Tyczynski.

Alvernia Studios is a facility housed in a series of distinctive domes near Krakow and offers state-of-the-art sound stages, post-production facilities and motion-capture capabilities.

Magnitude 9 combines a great love story around a natural disaster and beautifully tells the story of the incredible lengths people will go through for love.

Japan is not a common filming location for big-budget US film productions, partly because of a lack of formal filming incentives and also due to often complex logistical challenges on the ground. Hugh Jackman’s The Wolverine was among the highest-profile recent shoots to visit the country, but filmed largely on location in Australia, despite its Japan setting.