Louisiana has begun a review of its location filming incentive. The state offers an uncapped 30% filming tax credit that's helped attract movies on the scale of Ender's Game, but the programme is expensive and there’s pressure to redirect funds elsewhere. 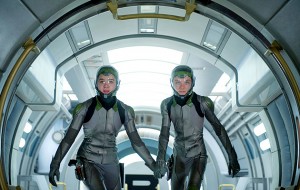 An Entertainment Industry Development Committee has been set up in New Orleans to review the filming incentive programme and make sure that it stays intact over the next few years. The programme’s supporters are aware of the stiff competition they face from other parts of the US and the local production industry could suffer if there’s even the slightest whiff of uncertainty about the filming incentive’s long-term future.

“Louisiana has the best motion picture incentives in the country and possibly the world,” producer Scott Niemeyer, based in New Orleans and Santa Monica, told NOLA.com: “It is the third-largest production centre outside of California and New York.

“Georgia and Louisiana are neck and neck in terms of incentive packages, but Louisiana has an advantage because it is perceived to be a better place to live. It has great restaurants and culture.”

Earlier this year Louisiana’s production industry had to respond to a report claiming the filming incentive cost the state USD170 million in 2010, but the study was criticised for failing to apply as much detail to the true economic benefits.

Georgia and Louisiana are neck and neck in terms of incentive packages, but Louisiana has an advantage because it is perceived to be a better place to live.

Louisiana’s filming incentive and flexible landscapes mean that it is frequently doubled for other parts of the US. The state stands in for neighbouring Texas in the Oscar-tipped Dallas Buyers Club, Kansas in thriller feature Dark Places and Massachusetts for period drama miniseries Salem. Recent high-profile features have included Tom Cruise’s Oblivion and sci-fi movie Ender’s Game (above).