Nashville in Tennessee may need to boost its filming incentive programme to keep namesake TV show Nashville filming in the city for a third season in 2014. The series tells the story of a middle-aged country singer clashing with a young starlet. 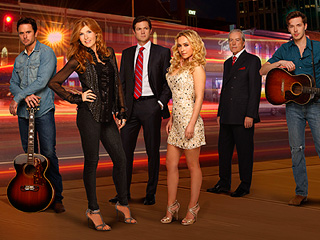 Filming has taken place in Nashville for the past two seasons, with considerable financial support from the city. The state of Tennessee paid USD12.5 million to keep the show in Nashville for its second season and Metro Nashville paid an additional USD500,000. Tennessee offers a base 25% filming incentive.

“The state has been awesome, but the city’s participation is important,” executive producer Steve Buchanon told Nashville Business Journal: “Would the show move? It’s an economic decision. We benefit as a whole when a halo is growing around the city. It’s great for business. We have a growing, qualified crew base here. That's great for the long-term. Our ratings are good, but they don't guarantee us anything.”

Nashville recently launched a new Film Television Transmedia Council designed to boost production in the city and to expand the local crew base by offering better training opportunities.

“The film, television and transmedia industries contribute significantly to Nashville’s economy and quality of life,” said Mayor Karl Dean: “They both display and employ the incredible creative talent that makes Nashville such a vibrant place to live and work. I appreciate the work of the Nashville Film Television Transmedia Council to strengthen and grow this important economic and cultural engine.”

The state has been awesome, but the city’s participation is important. Would the show move? It’s an economic decision.

Nashville reportedly spent around USD40 million locally during its first-season shoot and represents a great promotional asset for the city and the wider state of Tennessee. Should the show need increased support for a third season, state authorities may choose a one-off payment, rather than increasing the state’s formal filming incentive.