The Governor of New York has rejected a bid to expand filming incentives to wealthier counties closer to New York City. Productions are more incentivised to film in upstate New York, which is designed as a way of boosting filming outside Manhattan. 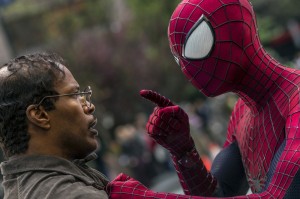 New York offers a base 30% filming incentive that has turned it into one of the top production centres in the US. The Amazing Spider-Man 2 recently became the largest feature production to film entirely in the state.

Earlier this year the filming incentive figure was increased further but only for 40 poorer upstate counties outside New York City. Governor Andrew Cuomo vetoed the attempt to include wealthier counties, as the feeling was that the move would defeat the original purpose of supporting struggling local economies.

“It is anticipated that these additional credits, which will be available from 2015 through 2019, will attract filmmakers to upstate New York where film production has historically lagged,” the Governor told Gannett Media.

Earlier this year the filming incentive was increased but only for 40 poorer upstate counties outside New York City.

Supporters of the filming incentive expansion have voiced their disappointment in the decision, claiming that the move pits New York counties against each other when it comes to attracting the production industry. 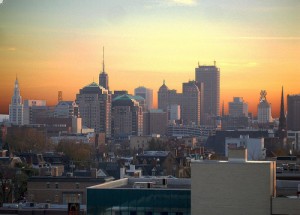 “This bill would have put upstate and the Hudson Valley on equal footing with New York City, which receives 91% of the benefit of the film tax credit. The Governor should not pit one region of the state against another,” argued New York Senator Greg Ball.

Governor Cuomo’s veto in fact appears a noble attempt to help upstate regions like Buffalo (right) get a bigger share of the state-wide production industry.

The reality is that New York is already competing against itself for shoots and local filming incentives are only part of the issue. Upstate regions are at an immediate geographic disadvantage because of their distance from the iconic cityscapes of Manhattan and the Outer Boroughs, which are, unsurprisingly, where the majority of productions choose to film.