New Zealand is considering a short-term boost to its location filming incentive programme to sustain its international appeal. Authorities are under pressure to come up with an incentive offer that will convince filmmaker James Cameron to film his Avatar sequels in New Zealand. 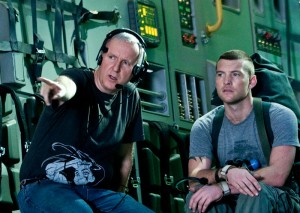 “The question for us looking at the film industry is how do we become price makers rather than price takers? If we're going to make a change, how do we make that happen?” commented Economic Development Minister Steven Joyce to the New Zealand Herald.

New Zealand’s main filming incentive aimed at big-budget features is the Large Budget Screen Production Grant, but the programme’s 15% figure is far below what’s on offer in production centres in other parts of the world.

The industry has struggled to attract large-scale productions since high-end TV series Spartacus came to an end. What’s more, the government took a lot of criticism for agreeing an incentive payment of nearly NZD70 million to secure Peter Jackson’s Hobbit films for New Zealand, especially when a comprehensive breakdown of the economic benefits took a long time to emerge.

Ministers want to be in a position where they dictate the terms of the filming incentive packages they offer. However, there’s now immediate pressure to get the balancing act right or lose three Avatar sequels at a particularly sensitive time for New Zealand’s production industry.

Offering Cameron’s production team a one-off incentive payment seems a likely short-term solution. This has been Australia’s response to the long-term challenge of attracting international big-budget productions and the practice was formalised earlier this year with a AUD20 million fund. Known simply as The Incentive, it’s officially a temporary measure, but there’s been no mention of a specific timetable.