A casting call for the new Star Wars film has stated that while Pinewood Studios in London will be the main filming location, shooting is also scheduled for New Mexico and Los Angeles. The movie is reportedly set for a 21 January 2014 start date. 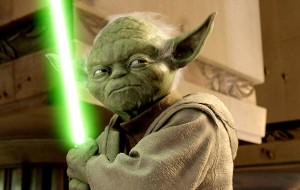 “The primary filming locations will be at Pinewood Studios in the UK, with additional shooting in New Mexico, and in Los Angeles,” says the posting on FeatureFilmCasting.com: “JJ Abrams has constructed production facilities at his Bad Robot Santa Monica headquarters specifically for Star Wars: Episode VII.”

Abrams admitted earlier this year that he preferred to film on location in California, but the UK’s filming incentive is far more competitive than what’s available in Los Angeles.

Nevertheless, the filmmaker has a track record of bringing his productions closer to home. For Star Trek Into Darkness he secured a California shoot by covering the extra costs himself, and for the new Star Wars movie he has reportedly expanded filming facilities at his Bad Robot offices in Santa Monica to enable a partial LA studio shoot.

California’s filming incentive has an annual fund of USD100 million, but is allocated using a controversial lottery system. Also, the Star Wars shoot will need to keep its local production spend under USD65 million if it’s to qualify.

Plans to film on location in New Mexico are less of a surprise, given the state’s generous 25% filming incentive and the relatively easy access from Los Angeles. New Mexico is firmly on the production map as a result of crime drama Breaking Bad and could be a suitable setting for the desert world of Tatooine, the home planet of Luke Skywalker in the original Star Wars films.

To find out more about the making of Star Trek Into Darkness and working with JJ Abrams click here.