Producers of the long-running UK soap Coronation Street have unveiled the show’s new set on Salford Quays just outside Manchester. The set has been two years in the making and the show will shift from Granada Studios in central Manchester as the site is to be redeveloped. 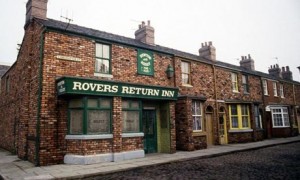 A slight redesign has made the new set larger so as to meet the demands of high-definition television and an additional residential street – previously seen only as a backdrop – has also been built.

“We were obviously very sad to leave Quay Street because that's our home,” Coronation Street actress Jane Danson told the BBC, “but this is a lot bigger [with] more space to film in and we're all very excited because it means we can do more shots. We can have two cars going down the street, which we couldn't before. The street's a lot longer, so it's moving with the times and moving with new technology.”

While Coronation Street is a long-term Manchester resident, more UK television production has shifted to northern England, especially since the BBC also established a presence in Salford. Period dramas like Peaky Blinders, The Village and The Mill have all filmed in the region, while crime series Foyle’s War recently confirmed it will be doubling Liverpool for London.

We can have two cars going down the street, which we couldn't before. The street's a lot longer, so it's moving with the times and moving with new technology.

Northern cities offer new urban landscapes for TV production, even if their actual settings are intended to be broadly familiar.