A new series of the long-running ITV period detective drama Foyle’s War will film on location in Liverpool, doubling the Merseyside city for various UK locations including London. The drama will be set shortly after World War II and will follow Christopher Foyle, now an MI5 officer. 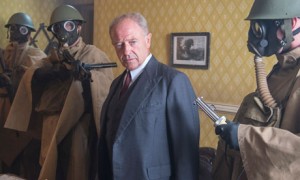 Production will be based at a former brewery building in Liverpool but the three feature-length episodes will be filmed entirely on location. Liverpool was chosen because the city’s architecture better suited the production’s period setting than the available options in London.

“Liverpool is the perfect city to shoot Foyle's War,” explained producer John Chapman: “The architecture lends itself beautifully to the period and we've been afforded terrific access to locations facilitated by the Liverpool Film Office. Equally, we've had huge encouragement and support from Liverpool City Council and a very warm and welcoming reaction to the news we'll be filming in the city.”

Liverpool is the perfect city to shoot Foyle's War. The architecture lends itself beautifully to the period.

Councillor Wendy Simon of Liverpool City Council added: “It is a huge coup for the city to play host to this extremely popular World War II drama. Thanks to the hard work of our Film Office, Liverpool wowed the Foyle’s War team with the breadth of diverse locations needed to make the series look realistic. 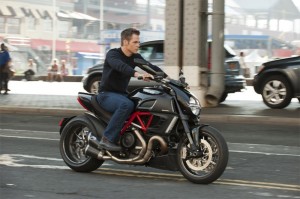 “Earlier this year, the BBC’s flagship autumn drama Peaky Blinders was also filmed in the city, so not only are we living up to our reputation as one of the most filmed cities outside of London, we’re also consistently attracting high-quality productions.

“It’s also fantastic news that there will be the chance for local people to work on the production, and get real experience of a competitive industry.”

Liverpool has become more popular as a filming location in recent years. The reboot of the Jack Ryan spy franchise (above) doubled the city for Moscow and New York, while Fast & Furious 6 used Liverpool partly as a stand-in for London.