Written by Murray Ashton on Dec 19, 2013. Posted in Interviews

Kishore worked in advertising and marketing for major newspaper the Indian Express, before entering the film industry by way of a love for travelling and location photography. He has been a line producer for more than nine years. 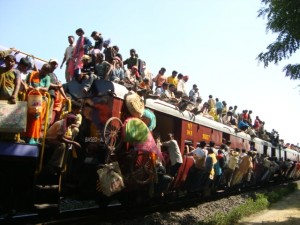 I cover the whole of India but my main focuses are the western states of Rajasthan, Gujarat and the union territories of Daman and Diu. We have diverse locations to offer from palaces, havelis, forts, villages, small towns, large cities, rivers, lakes, roads of all sorts, mountains, the White Rann (salt lands), Brown Rann (large expanses of brown cracked land), forests, tribal communities, beaches, windmills, ports, wildlife sanctuaries and more.

What locations are most commonly used by film and TV crews when they film in the area?

Every film and TV crew asks for a different location based on their script. We invariably are lucky to have everything possible in these specified areas. Commonly used are palaces and havelis since they are available only in these regions and nowhere else in India. Second are the White Rann and the Brown Rann, which are available for a limited period. Unfortunately most equipment is available only in Mumbai and New Delhi. Cast is available locally.

Assignments are not really tough. They only become tough when we have to travel as much as four hours each way daily to shoot as there is no accommodation available in remote areas. It’s also a challenge when we have to gather crowds of more than a thousand people daily as early as 5am for shoots and in the stiff winter conditions.

What types of production do you work on most often?

We do all sorts. We recently did a 15-day documentary for a Brazilian TV channel where we covered various subjects such as the Maharajas, festivals and opium. We also did a photo shoot for Shell Lubricants, involving people from JWT and a campaign for Canon cameras. We do 12 to 15 such projects a year.

Are there any tips you can offer our readers about filming in your region?

India is not a difficult country to shoot and one must only be careful about water and food. Many times members of a foreign crew have eaten at roadside eating places or have drunk water from an outside source.

It’s a challenge when we have to gather crowds of more than a thousand people daily as early as 5am for shoots and in the stiff winter conditions.

It becomes unbearably hot in summer (April through June) where temperatures go as high as 45 Degrees Celsius. Also, in remote areas the hotels and food is very basic.

What are the most film-friendly local hotels?

The most film-friendly hotels are the five-star establishments such as Umaid Bhawan Palace, Taj Hari Mahal and Trident Hotels at Jaipur and Udaipur.

There is hardly any time to relax as schedules are so tight. However, after shoots they invariably stay behind for a day to see the eights and do some local shopping. Indian crews waste no time in heading home.

For us also there is not much time to relax as we have so many inquiries going on simultaneously that we are constantly at work!