Advertising company WPP predicts growth rate of up to 4.5% for 2014

Major London-based advertising company WPP has cautiously predicted a growth rate of between four and 4.5% for 2014. Sir Martin Sorrell, CEO, said that sporting events like the Sochi Winter Olympics and the football World Cup in Brazil should help advertising spending.

Writing in the Telegraph, Sir Martin said that the UK and Germany are the strongest European markets heading into 2014. France remains on an economic downturn and so advertising growth is more limited, while Italy is searching for a means of recovery and Spain is on the way back up. 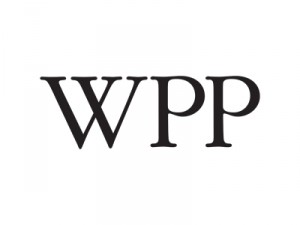 Elsewhere in the world, advertising growth is slowing in Asia Pacific, the Middle East, Africa, Latin America and Eastern and Central Europe. Advertising Growth is improving in Western Europe and in the US.

“The US is certainly improving, despite the sequester, the shutdown and kicking the deficit can down the road. GDP growth is not fabulous but it is incremental,” Sir Martin writes.

“The UK will show even stronger growth and the Chancellor’s electoral strategy may well yet pay off handsomely in 2015. Continental Western Europe is also improving, although stock markets may have got ahead of themselves. The trio of Germany, Poland and Russia will drive Central and Eastern Europe forward, too.”

Sir Martin believes that China is likely to provide ‘the next big thing’ in the advertising industry.

The US is certainly improving, despite the sequester, the shutdown and kicking the deficit can down the road.

“I’m very bullish on a China with strong new leadership following the Twelfth Five Year Plan and the Third Plenum of the Eighteenth Party Congress – when did a Western government set out such a detailed and comprehensive plan?” he asks.

China is also impacting the global film production industry and the major US studios are exploring new ways to bypass restrictions on tight international release quotas to get a larger slice of the Chinese box office.