Hit fantasy drama Game of Thrones will remain a key part of Northern Ireland’s film tourism plans for at least the next two years. Tourism Ireland will promote the show’s regional filming locations as a way to boost the number of visitors to Northern Ireland to two million a year. 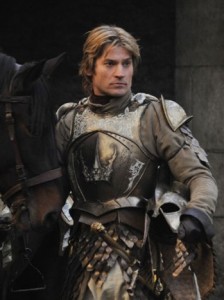 “In order to attract new and repeat visitors, Tourism Ireland will be seeking opportunities to capitalise on the huge worldwide popularity of HBO’s Game of Thrones television series and continuing to promote iconic attractions like Titanic Belfast and the Giant’s Causeway,” explained Arlene Foster, Northern Ireland’s Enterprise, Trade and Investment Minister.

Game of Thrones has been based in the Titanic Quarter of Belfast for three seasons, with a fourth currently in production for 2014. The show uses elaborate sets in and around Paint Hall Studios and also films on location around Northern Ireland, while additional scenes are filmed mainly in Iceland and Croatia.

Jay Roewe, HBO’s Executive Vice-President, recently spoke to the Irish Examiner about Northern Ireland’s appeal as a filming location: “There is a business-friendly environment here where we feel secure, we feel safe and we feel support, and on top of everything else there is a genuine enthusiasm with people wanting to help be part of a successful business.

“We have had an opportunity to work with the local people here and there is a great educational situation going on here where they are learning how to do great productions and, when we eventually leave, the people of Northern Ireland will be able to carry on with other productions in the future at the same quality level that we are working on with Game of Thrones.”

Tourism Ireland will be seeking opportunities to capitalise on the huge worldwide popularity of HBO’s Game of Thrones television series.

Northern Ireland Screen chief Richard Williams recently predicted that production spending in the region should double over the course of the next four years.