A new business plan is helping bring more commercial filming to Washington State in the north-west US. The Commercial Business Development Plan (CBDP) was created through a partnership with Washington Filmworks and the Seattle Office of Film + Music. 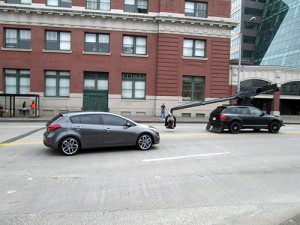 Commercial producers from out-of-state who choose to film on location in Washington can now access a 15% rebate through the CBDP and this figure increases if a Washington production company is involved. A new Kia car commercial was the first production to be supported by the programme.

“A number of factors brought this commercial to Washington,” said Doug duMas, Location Manager on the shoot: “By comparison, production could never have co-ordinated this shoot in Los Angeles in the short amount of time available. The variety of locations was a big incentive to come here - so was the funding assistance from the Commercial Business Development Plan.”

Washington has faced challenges attracting feature productions in recent years due to uncertainty over the future of its filming incentives and because of competition from nearby Vancouver, which is a much more established production centre. Behemoth supernatural franchise Twilight was set in Forks near Seattle, but the films were largely shot in Oregon.

The variety of locations was a big incentive to come here - so was the funding assistance from the Commercial Business Development Plan.

Filming incentives are increasingly divisive throughout the US, with critics arguing that the true benefits to local communities are too difficult to measure given the costs involved. New York, California and Louisiana are the three main production centres in the US, with North Carolina and Georgia also being significant players. All offer rich filming incentive programmes.