Kaufman Astoria Studios in the New York City borough of Queens has opened a new street back lot. The new facility spans 34,800 square feet over a fully blocked-off and de-mapped stretch of the borough’s Astoria district and is the only outdoor lot in the city. 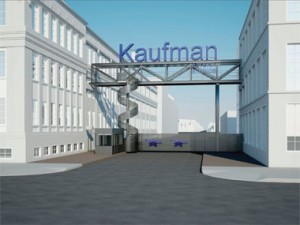 “Since we put up the construction gate every production that has been here has utilised the street for a shot of some kind,” said Hal Rosenbluth, the studio president, to Metro New York: “Rehearsals or small car shots or special effects shots putting up the big green screen and dropping actors in front of the green screen over and over again.”

“They already do big movies - they’ve got Men in Black 3-calibre movies,” added Queens Councilman Jimmy van Bramer: “But this is going to allow them to do even more going forward, which is really important.”

In recent years Kaufman Astoria Studios has hosted major feature films including The Bourne Legacy and The Taking of Pelham 123, in addition to Men in Black 3 and long-running TV dramas like Nurse Jackie. Stages vary in size from 3,260 square feet up to 26,040 square feet.

Since we put up the construction gate every production that has been here has utilised the street for a shot of some kind.

New York’s generous filming incentive programme offers tax credits worth USD420 million a year – more than four times that of California – and this has helped boost the state’s production industry in recent years. Filming is also specifically incentivised for upstate locations outside New York City, which is intended to boost regions that are less economically vibrant.

Earlier this year The Amazing Spider-Man 2 became the biggest shoot to ever film entirely in the state.