Michigan Motion Picture Studios in Detroit is preparing to host filming for the much-anticipated superhero follow-up Batman Vs Superman. Directed by Zack Snyder, the movie is scheduled to start filming in the first quarter of 2014 and is expected to spend around USD130 million locally. 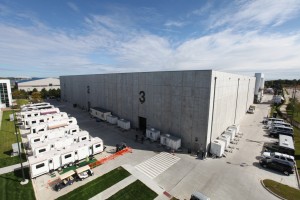 “It’s going to be very busy for our facility over the course of the next eight months. This project will employ more Michigan residents than any other film project has ever employed in the state of Michigan,” the studio Chief Operating Officer Anthony Wenson told the Detroit Free Press.

The studio was managed by Raleigh Studios in 2011 when Sam Raimi’s big-budget fantasy feature Oz: The Great and Powerful filmed at the facility. However, Michigan’s production appeal dropped when funding for the state’s filming incentive was slashed later that year.

Zack Snyder previously directed Superman reboot Man of Steel, which divided its filming locations between British Columbia and Illinois. The town of Plano stood in for Clark Kent’s adoptive hometown of Smallville, while nearby Chicago doubled for the city of Metropolis.

Detroit appears to have been chosen as the main setting for the follow-up movie. The film will be a big boost for a city that is struggling financially, having filed for bankruptcy earlier this year.

This project will employ more Michigan residents than any other film project has ever employed in the state of Michigan.

“The city’s bankruptcy drew a lot of bad press,” Film Detroit’s Karla Murray told The Location Guide in a recent interview: “But the city is being constructive in getting its finances in order and restructuring the debt. It’s not all doom and gloom.”