Michigan has awarded a filming incentive payment for new TV pilot 12 Monkeys, which will shoot on location in Detroit. The show will be based on the 1995 dystopian time-travel feature of the same name, which starred Bruce Willis and featured Brad Pitt. 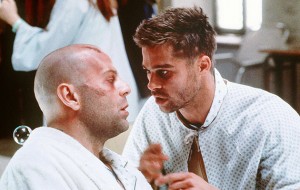 Directed by Terry Gilliam, the original movie tells the story of a convict sent back in time to find a cure to a disease that has ravaged the world.

Filming for the pilot will cost around USD5.3 million and producer Universal Cable Productions will get an incentive payment of slightly more than USD1.5 million.

“Our ability to attract a television pilot like 12 Monkeys is a testament to the talent found across Michigan’s film and digital media industry, as well as the competitive nature of our film program,” said Margaret O’Riley, director of the Michigan Film Office: “This is a great project to kick off our new fiscal year and we are excited about the opportunities 12 Monkeys presents for Michigan.”

Cash for Michigan’s state filming incentive was massively reduced a couple of years ago and then earlier this year Detroit became the largest city in the US to file for bankruptcy. However, the city is once again attracting big-budget productions. Michael Bay turned part of the city into Hong Kong over the summer for Transformers: Age of Extinction and Zack Snyder will be filming locally in 2014 for the hugely-anticipated superhero follow-up Batman Vs Superman.

Our ability to attract a television pilot like 12 Monkeys is a testament to the talent found across Michigan’s film and digital media industry.

Smaller productions this year have included Ryan Gosling’s directorial debut How to Catch a Monster and the gritty crime drama Low Winter Sun.