Extreme cold in the Canadian city of Calgary has prompted filming on the new Fargo miniseries to break early for Christmas. The ten-part series is based on the Coen Brothers’ Oscar-winning 1996 film and was hit by temperatures lower than -30 Degrees Celsius when shooting was cancelled. 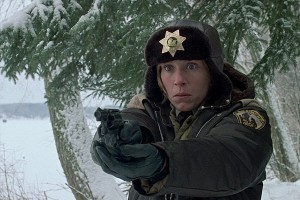 “It’s not often that crews do stop in the middle of a work day like that, but I think it was colder than the production had thought it would be,” said Damian Petti, president of the IATSE Local 212 union, in comments to the Calgary Sun: “I think the producer made the right decision. Wind chill was around -40 Degrees Celsius. They had been working all week - ironically, last week they had cancelled a shooting day because it was too warm.”

The production is doubling the Calgary region for the Minnesota cities of Bemidji and Duluth. Harsh wintry weather common to the northern US was a crucial atmospheric backdrop of the Coens’ original movie and the new miniseries picked its filming location partly based on winter snowfall timings.

Producers filming in Alberta can access a filming incentive of up to 30%, while the province also offers more comprehensive production infrastructure than what’s available in Minnesota.

I think the producer made the right decision. Wind chill was around -40 Degrees Celsius.

The Fargo movie tells the story of a desperate car salesman whose plan to arrange the kidnapping of his wife goes wildly wrong. Reports suggest the miniseries is set in the same world but will tell a different story.

Filming on Fargo will resume in January and is scheduled to continue through to May.