New supernatural TV drama series Dominion is to start filming on location in South Africa. Based on the 2010 sci-fi horror Legion, the series will be set in a dystopian city – formerly Las Vegas – and chart a conflict between warring angels. 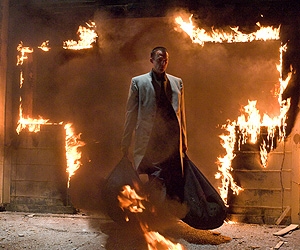 South Africa offers the warm climate to suit the story’s Nevada setting, while the production will also have access to experienced local crews and competitive filming incentives. Cape Town-based Film Afrika will service the shoot and has experience with the genre, having worked on the BBC’s short-lived sci-fi series Outcasts in 2010, which doubled the Cape Town region for an alien planet.

The country has also been picked as a suitable double for California, with rescue drama SAF3 (pronounced ‘Safe’) currently doubling Cape Town for the Malibu coastline, with servicing from Kalahari Pictures.

Following the critical success of Defiance and the upcoming Ron Moore thriller Helix, Dominion will be the next major addition to Syfy’s growing slate of high-quality scripted series.

Gregory J Bonann, co-creator of SAF3 and also responsible for Baywatch in the 90s, recently commented that it was no longer economically feasible to film a TV show of that sort in California.

“Greg and his team looked all over the world, including America, New Zealand and Australia, but chose Cape Town for the production value, labour force and gorgeous scenery they could get here,” added Michael Murphey of Kalahari Pictures.