Los Angeles was a popular filming location for high-end commercials shot for the upcoming 2014 Super Bowl, which will be played out this Sunday (2 February) in New Jersey. Shooting for Super Bowl commercials helped boost Los Angeles commercial production by nearly 20% in 2013. 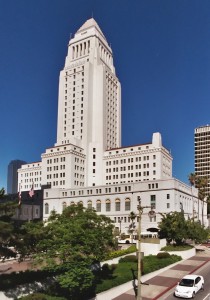 Fifty-five commercials will be aired during Sunday’s Super Bowl, which will pit the Seattle Seahawks against the Denver Broncos. With an audience of more than 110 million in the US alone, advertisers pay around USD4 million for a 30-second spot selling the big brands, the Los Angeles Times reports.

“It’s incredibly important to have these types of brand-name commercials here,” said Matt Miller, president of the Association of Independent Commercial Producers (AICP), told the outlet: “It’s not only employing a great deal of people, it drops a lot of money in the ecosystem. It also lends the scenery of Los Angeles to the biggest stage that media has today.”

Added Phil Sokoloski of FilmLA: “Super Bowl commercials are produced by only the best commercial production companies, and when they chose to invest in Los Angeles and California, that says a lot about the attractiveness of this region to those productions and also promises big economic benefits to the communities that host filming. Certainly, during the end of the year and the early part of the next, we can count on there being a big benefit of Super Bowl ads.”

It’s incredibly important to have these types of brand-name commercials here.

Many of the biggest brands that will be advertising during the Super Bowl – including car manufacturers Kia, Hyundai and Toyota – have bases in California.