Cate Blanchett’s new relationship drama Carol will film on location in Ohio, recreating 1950s New York in Cincinnati. The production team has previous experience of filming in the city and the film will get local incentive support. 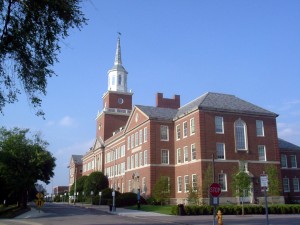 “We are delighted to have chosen Cincinnati as our location,” said producer Elizabeth Karlsen: “[My producing partner Stephen Woolley] and I made a film here 20 years ago and found the city and its people incredibly welcoming and helpful. The local crew and talent were first-rate.

“Our experience so far on Carol has been similarly positive. The city offers excellent creative choices for us and the tax incentive has been instrumental in enabling us to get the green light on the film. We are really looking forward to the start of production and enjoying all that Cincinnati has to offer while we are here.”

Ohio’s filming incentive offers tax credits of up to USD5 million per production. Carol will be the biggest shoot to have visited Cincinnati. Marvel’s The Avengers has been among the highest-profile productions to film on location in Ohio in recent years, with Cleveland used as a double for New York City. The studio returned to the state recently to film scenes for its superhero sequel Captain America: The Winter Soldier.

New York is one of the top production centres in the US, with a generous filming incentive that offers USD420 million a year, more than four times the figure available in California.

The producers of Carol may also have been drawn to Cincinnati for period architecture suitable for the story’s 1950s setting.