Los Angeles’ new ‘film czar’ has said that a plan to boost filming in California will be prepared before May this year. Tom Sherak is a former movie studio boss and has been appointed by Los Angeles Mayor Eric Garcetti to tackle the city’s runaway production problem.

In an interview with Los Angeles Daily News, Sherak said that California may not be able to compete with the generous filming incentives available in places like Louisiana. However, he considers the convenience of California filming for largely LA-based crews to be a major selling point that should be capitalised upon more effectively with specific deal-making.

“I need to go to them (the studios), at some point, with a plan of what we can do for them, to convince them why, if you’re getting 30% (in tax credits) there and you’re getting 20% here, they should stay here," Sherak explained.

"My job is to show them, ok, here’s what we can do for you in LA. You need to shoot somewhere? We have empty buildings. We’ll make a deal with you, as close to as little as we can take so it will cost you less. We’ve got to figure out all of those ways.”

Although Sherak offered few specific details, the implication is that a plan could involve one-off deals to secure specific productions – a combination of reduced costs and special incentive payments. These tactics have helped attract larger shoots in other parts of the world without formal changes to existing local incentive programmes. 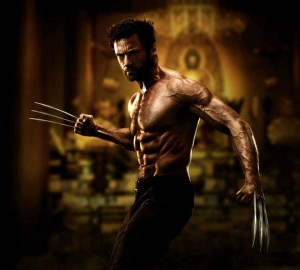 Dubai offers no formal filming incentives but has the resources to negotiate attractive individual packages that have secured productions like Mission: Impossible – Ghost Protocol.

In Australia, negotiating large one-off payments for bigger shoots is currently a formal process and has helped secure The Wolverine (left) as well as, reports suggest, Angelina Jolie’s World War II drama Unbroken and the upcoming California-set earthquake feature San Andreas, which will star Dwayne Johnson. Given the setting, this is clearly a production that California would have liked to host.