Nevada in the western US has launched a new filming incentive designed to boost the state’s production industry. The new programme is worth up to 19% of local production spending and has an annual film fund of USD20 million. 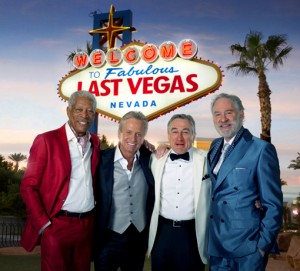 Productions will need to spend more than USD500,000 locally to become eligible for support. With a per-production cap of USD6 million, the programme will appeal to smaller shoots.

“I believe that it's something long overdue,” local producer Mike Levy told news station KLAS-TV Las Vegas: “The benefits of luring more film production and television to the state by offering credits to them to do so, whether it requires hiring local crews and using local services, will be a great benefit to the city.”

Nevada’s main regional competition comes from neighbouring California and, further east, New Mexico. California has the advantage of being Hollywood’s spiritual home and an abundance of studio space, but the state is in the midst of a long-term filming incentive crisis that’s driving away features and TV dramas.

Las Vegas is a particularly popular Nevada setting, but in recent years cities with filming incentives have frequently been used as doubles. Long-running crime drama CSI: Crime Scene Investigation is set in Vegas but films mostly in Los Angeles. New comedy feature Last Vegas (above) took the increasingly common step of spending a few days in the city’s iconic locations before recreating many of the interiors elsewhere, specifically Atlanta.

Nevada’s production industry will be hoping to reverse this trend.