A pilot for new FX comedy How & Why will film on location in Wilmington, North Carolina, with US comedy star Michael Cera. The state’s generous 25% filming incentive was a crucial factor in securing the production, which will double the region for upstate New York. 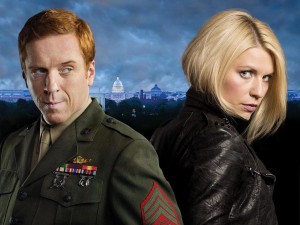 “I think all things being equal, it’s about location,” FX chief John Landgraf told Jeff Hidek at StarNews Media: “But ‘all things being equal’ means what are the states that have meaningful incentives that will allow you to achieve a certain scope of production and price?

“Without the incentive, we wouldn't be there. With it, then it essentially becomes a conversation about geography and topography. And then the location competes and wins on the merits.”

Confirmation of the pilot shoot is clearly good news, but North Carolina’s filming incentive is still set to expire at the end of 2014. If it is not renewed soon, the state’s production industry runs the risk of losing a full season of How & Why to a competitor, should the show get a season order from the network.

Television drama was big business for North Carolina in 2013, with Under the Dome, Homeland and Sleepy Hollow among the success stories, but the state’s filming incentive is a major factor in its continuing national appeal.

Without the incentive, we wouldn't be there. With it, then it essentially becomes a conversation about geography and topography.

As is the case across the US, the controversy over filming incentives in North Carolina comes down to an ongoing debate over their true effectiveness as a regional economic driver.

Editorial Note:
This article was originally incorrectly published without the proper citation to StarNews Media. The Location Guide apologises for the error.