Shoots for international shows like Elementary accounted for most of the TV spending in the UK in 2013 as a result of the new TV tax credit, according to the British Film Institute. Just over GBP230 million was spent by TV productions and nearly 65% of this came from international shoots. 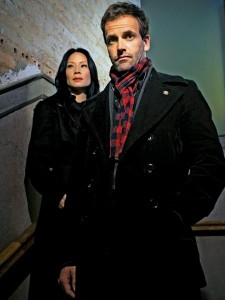 Game of Thrones in Northern Ireland and political satire Veep in south-east England were among the international visitors, while time-travel drama Outlander filmed near Glasgow and the American Sherlock Holmes series Elementary (left) shot scenes in London.

“Since the launch of the new tax reliefs in April, the BFC (British Film Commission) has been working to promote their benefits and our first-class production industries to the world. It is therefore hugely gratifying to see that paying off by welcoming so many high-end television productions in such a relatively short space of time,” commented Adrian Wootton, Chief Executive of the British Film Commission and Film London.

The major feature films confirmed for London shoots in the coming months include Marvel’s superhero sequel The Avengers: Age of Ultron, which continues Marvel’s presence in the UK after shoots for Thor: The Dark World and Guardians of the Galaxy, which wrapped only a few months ago.

In addition, JJ Abrams will shoot the new Star Wars movie and Johnny Depp will be back in the capital for Alice in Wonderland sequel Through the Looking Glass.