American network ABC Studios will film the pilot for its new musical fairy tale TV show Galavant on location in the UK. In doing so, it will be the first US-produced pilot to be shot in the UK since the launch of the TV tax credit in mid-2013. 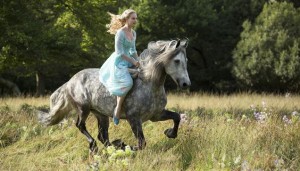 “This government wants to make sure high-end television programming from all over the world is made in the UK,” said Chancellor of the Exchequer George Osborne: “These productions bring jobs and investment to our country. That’s why I introduced a specific tax relief to encourage more of them here in the UK.

“I want more global companies like ABC to look to the UK as a highly skilled, innovative and creative industry when choosing a location for their television programming.”

Game of Thrones remains the UK’s biggest international TV production and has filmed on location in Northern Ireland throughout its four-season run. Major time-travel miniseries Outlander is currently filming in retrofitted studio facilities near Glasgow, while action miniseries 24: Live Another Day is confirmed for a London shoot.

This government wants to make sure high-end television programming from all over the world is made in the UK.

George Osborne, Chancellor of the Exchequer

Productions based on classic fairy tales are becoming more popular, with many being reinvented for the big screen. Bryan Singer’s big-budget Jack the Giant Slayer was based in the UK, while Angelina Jolie filmed in Britain for Maleficent, the tale of the evil queen in Sleeping Beauty. Kenneth Branagh is currently filming a new live-action version of Cinderella (above) in and around London.

Should the Galavant TV pilot be commissioned to series there would be no guarantee that further episodes would be filmed in the UK, but the generous TV tax credit would make Britain a frontrunner.