Locations in Victoria in British Columbia are doubling for the fictional northern Californian town of Gracepoint in the US remake of hit British drama Broadchurch. British actor David Tennant once again stars as the lead detective in the story of a child murder investigation. 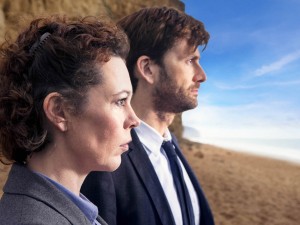 The communities of Oak Bay, Brentwood Bay and Beachcomber Beach in Victoria will be the three main location filming hubs over the course of the five-month shoot, executive producer John Goldwyn told the Times Colonist.

“What’s so great about shooting in a location like this is that we get to literally be a part of a community for five months,” Goldwyn told the outlet: “We’ll be staying in the hotels, shopping in the stores and eating in the local restaurants. We’ve received a tremendous welcome thus far and we are just thrilled to be a part of the community.”

Broadchurch (above) was a huge hit for British broadcaster ITV and is scheduled to return for a second series. Gracepoint could make a similar impact in British Columbia and could help boost Victoria’s profile as an international filming location.

Gracepoint is the latest California-set drama to choose a location shoot in British Columbia, where the filming incentives are more favourable.

What’s so great about shooting in a location like this is that we get to literally be a part of a community for five months.

California has a major long-term problem with so-called ‘runaway productions’ and the state’s production industry is lobbying to expand the existing filming incentives. The current programme offers USD100 million a year and is allocated using a controversial lottery system.

Few big-budget features are filmed in California anymore as the incentive programme doesn’t support them.