A new version of the BBC’s now-classic comedy The Office is to film on location in the Czech Republic. Comedians Ricky Gervais and Stephen Merchant created the original show - which Gervais also starred in - and the Czech production marks the format’s ninth international sale. 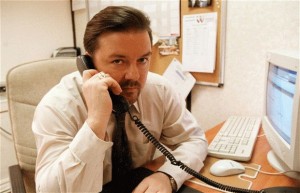 The Czech version of the show will be set in the city of Brno in the east of the country and will be called Kancl, a local slang word for office or workplace. Broadcaster Czech Television will produce.

“The Office’s unique and embarrassing humour is intimately familiar to most people,” said David Ziegelbauer, Creative Producer at Czech Television: “We’ve treated The Office scripts with great respect, conscious to preserve the genius of the originals, while tailoring them to the Czech audience. I am confident that we are bringing a new kind of entertainment to Czech Republic audiences.”

“The Office is an incredibly adaptable show with local versions proving extremely popular around the globe,” said Duncan Cooper, BBC Worldwide’s Executive Producer of formats and local production: “Recently successful second seasons have been produced in Israel and Sweden. It’s brilliant how it resonates with such varied audiences and cultures from the USA to Chile and it is always fascinating to see a new cast and how they interpret the characters.”

We’ve treated The Office scripts with great respect, conscious to preserve the genius of the originals, while tailoring them to the Czech audience.

In the UK, Gervais and Merchant chose to end The Office after just two seasons and a pair of Christmas specials. Across the Atlantic, the US incarnation ran for nearly ten years – only ending in mid-2013 – and helped launch the careers of the likes of Steve Carell and Mindy Kaling.