Written by Murray Ashton on Feb 28, 2014. Posted in Interviews

James Walker is a freelance Location Manager and local fixer who has been living and operating in Italy since the mid-70s. He has extensive experience in television documentary filmmaking and he is also a producer, researcher, Location Manager and fixer on other forms of factual programming.

What can you tell us about your production background?

Before working in TV documentaries I was a newsroom staffer at ABC News in Italy. Most of our staff rotated in and out of Rome during the Lebanese Civil War (which ran from 1975-1990).

We ran a worldwide death-watch on Pope John Paul II after an attempt on his life nearly succeeded. I worked throughout Italy as a news editor, field producer and off-air reporter. When ABC relocated me to London I worked there as an assignment editor and news segment producer. Two years later I left the corporation amicably and returned to Italy working as a freelance producer for CNN, as a print stringer for the news wire agency UPI and Jane’s Defence Weekly. I also worked as a broadcast manager for NBC Olympics at the Atlanta Olympic Games. ABC News (now owned by Disney) hires me now and then as a producer for bigger stories, like the papal abdication and election. 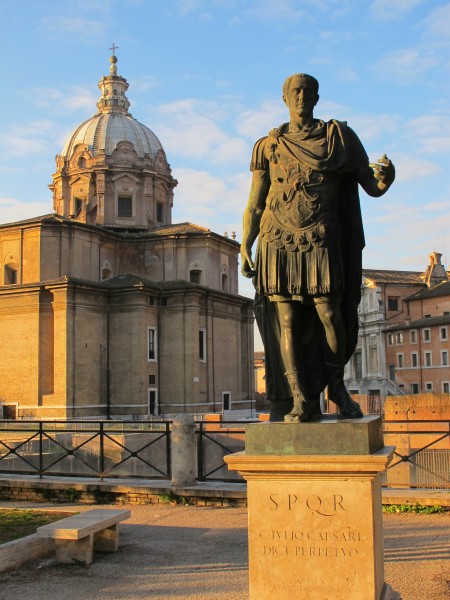 I find a big plus of being a Location Manager is working in the field alongside very bright, focused people in a small-team environment and under strict time limits. I enjoy both challenging ‘nuts and bolts’ logistics jobs and investigative journalistic work. And I never get tired of travelling around Italy.

What types of productions do you prefer working on and why?

I prefer smaller productions as they usually have an acceptable lead time and don’t take as big a bite out of your life as features do. I particularly enjoy those that don’t involve filming in big Italian cities, where bureaucrats can be less sympathetic to production requirements.

What productions have you most enjoyed working on?

It’s always a pleasure to work with directors who really know what they want. A standout production from many years ago was a BBC ‘Reputations’ on Pope Pius XII (who was Pope during World War II), called Pope Pius XII: The Pope, the Jews and the Nazis. Directed by Jonathan Lewis it was a fascinating 18-month journey through the people and archives of this still controversial Pontiff.

I find a big plus of being a Location Manager is working in the field alongside very bright, focused people in a small-team environment and under strict time limits.

More recently I enjoyed working in Sicily with the Production Services Department of the Mormon Church from Salt Lake City, as they profiled a series of Mormon families worldwide. The Church of Jesus Christ of Latter-Day Saints is not your everyday employer.

I also had a challenging time providing news coverage for ABC News on the Island of Giglio, and later doing documentary work there for Discovery Channel, after the Costa Concordia cruise liner wreck (of January 2012).

What has been your most challenging location assignment?

A low-budget, long-format Canadian feature shot on location in Fondi, halfway between Rome and Naples. We had a crew of 30 and on some days up to 75 people on set. The problems began at the end of the working day.

Which locations in Italy do you shoot in most?

My work is pretty evenly spread around Italy, but perhaps I work most in Sicily, Venice and its lagoon, Naples and the surrounding area, Milan, Rome, Turin and the Alps.

What local filming tips can you offer?

Don’t travel on trains with kit unless you absolutely have to. Leave plenty of pre-production time. Remember that when hotels say they have WiFi there’s often only a good signal in the lobby. Modern rights demands can mean it’s rather expensive to film on government-owned property. Where possible choose city-owned or private property. Try not to film in August - practically everything stops.

Play a gig with one of our bands.