Director Wes Anderson filmed on location in eastern Germany for his new feature The Grand Budapest Hotel. Set mainly between the First and Second World Wars, the story follows the quirky exploits of Ralph Fiennes' hotel manager and his lobby boy in the fictional Republic of Zubrowka. 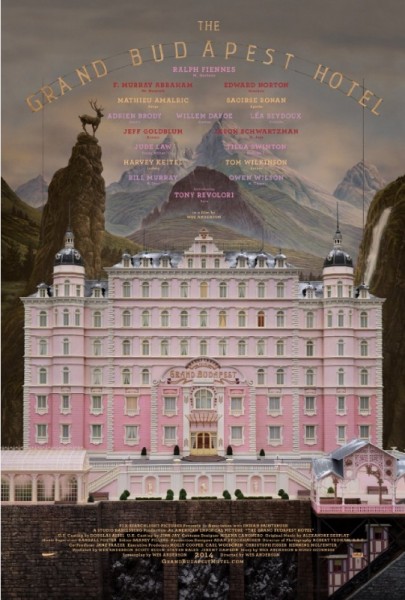 “The film was shot almost entirely in the city of Görlitz on the German/Polish border,” explains Markus Bensch, production executive in charge of locations at Studio Babelsberg near Berlin: “They were looking for a non-descriptive, fairy-tale-like town. The key location - a disused art nouveau department store - was shown to Wes Anderson by the location scout and later the location manager Klaus Darrelmann [and this] was the game changer.”

Anderson decided that the department store was his Grand Budapest Hotel and his team spent four months turning it into a giant set. The rest of the locations were found elsewhere in Görlitz after making the necessary arrangements with local authorities.

“Görlitz is a very well preserved town,” Bensch adds: “It consists of roughly two thousand listed buildings, [but] we were of course limited in [terms of] what alterations could be made to the buildings. Same goes for the department store. Funnily enough, the department store found a new owner thanks to all the publicity surrounding The Grand Budapest Hotel. We are always glad to help that amazingly helpful city of Görlitz!”

Görlitz has a history as a popular filming location, especially for dramas set against the backdrop of World War II. Quentin Tarantino visited for Inglourious Basterds, as did Kate Winslet for The Reader. More recently The Book Thief used the town for a Nazi book-burning scene and had to use discretion when dressing the town’s central square with Nazi insignia during the height of the tourist season.