A film version of video game franchise Angry Birds will follow British Columbia’s digital animation incentive to film in Vancouver with Sony Pictures Imageworks. The game was first launched as a smart-phone app in 2009 and has since been downloaded more than two billion times.

"It was very important for Rovio [Entertainment] to find the perfect partner – in style, talent and location – to bring the Angry Birds movie to life, and Sony Pictures Imageworks in Vancouver made that decision easy,” said Mikael Hed, CEO of Angry Birds creator Rovio Entertainment.

“The Angry Birds movie will allow Sony Pictures Imageworks to employ more artists in Vancouver on a single film than we’ve had on any of our previous CG features,” commented Randy Lake, executive vice president and general manager of Digital Production Services at the company.

“British Columbia is rich with animation and effects talent, and we look forward to further enhancing the production staff in our Vancouver facility.”

The Angry Birds movie will allow Sony Pictures Imageworks to employ more artists in Vancouver on a single film than we’ve had on any of our previous CG features.

British Columbia offers a 17.5% tax credit for digital animation or visual effects work, alongside its basic British Columbia Production Services Tax Credit, which is worth 33% of eligible labour expenditure. 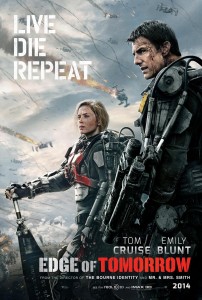 Sony Pictures Imageworks’ past animated feature credits include Cloudy with a Chance of Meatballs 2 and Hotel Transylvania, while live-action productions include Tom Cruise’s upcoming sci-fi thriller Edge of Tomorrow (left) and Sony’s The Amazing Spider-Man 2.

The UK is also hoping to attract more animated features, having introduced corporation tax relief in mid-2013. In related news, London is set to host a new branch of Industrial Light & Magic – the visual effects wing of Lucasfilm – to cater for upcoming productions like the new Star Wars film and Marvel’s The Avengers: Age of Ultron, both of which will be based in London.