India and Canada have signed a co-production filming treaty that will enable qualifying projects to benefit from filming incentives available in both countries. Toronto is one of the top production hubs in North America and as a country Canada is keen to tap into the Bollywood industry.

The Audio-visual Co-Production Agreement was signed in New Delhi during a state visit by Canada’s Governor General David Johnston. 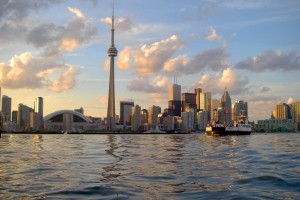 “I was pleased to witness the signing of the Audio-visual Co-production Agreement, which will deepen the level of engagement between our respective audio-visual sectors. In doing so, the Agreement promises to bring cultural and economic benefits to Canadians and Indians, while entertaining and inspiring audiences worldwide,” Johnston commented.

Added India’s Ministry of Information & Broadcasting in a statement: “The agreement between India and Canada is expected to benefit producers from both the countries in pooling their creative, artistic, technical, financial and marketing resources for the co-production.

“Since the agreement is expected to boost the utilisation of Indian locales for shooting, it will increase the visibility and prospects of India as a preferred film shooting destination across the globe and will lead to the inflow of foreign exchange into the country."

The Agreement promises to bring cultural and economic benefits to Canadians and Indians, while entertaining and inspiring audiences worldwide.

“The agreement will also lead to the transparent funding of the Film Production and will boost export of Indian Films into the Canadian Market,” the Ministry said.

India already has similar agreements with Brazil and New Zealand, as well as in Europe with Italy, Poland, France, Germany, Spain and the UK.

This week a delegation of Canadian animation leaders are in the UK in a bid to form closer ties with British animation broadcasters.