Iconic entertainment programme The Tonight Show has been given a 30% filming incentive relocating to New York, a report suggests. The show has switched filming locations from Los Angeles where it had been based since the early 70s. 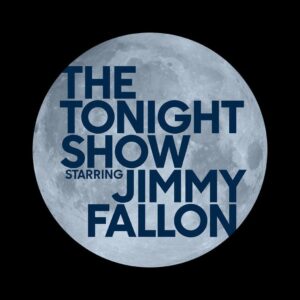 New York-based comedian Jimmy Fallon has taken over from Jay Leno as host, prompting a new start for the show and New York’s filming incentive was a factor in the switch to the East Coast.

“Bringing The Tonight Show back to our city means we're bringing more than a hundred jobs to hard-working New Yorkers and giving travellers another great reason to visit,” said New York Mayor Bill de Blasio in comments to Associated Press.

A very specific set of qualifying criteria helped secure the 30% filming incentive figure for The Tonight Show. The credit is designed to benefit long-running TV shows relocating from out-of-state that have studio audiences at least 200-strong and spend a minimum of USD30 million annually.

Observers have suggested that this part of the tax credit was specifically designed to poach The Tonight Show from Los Angeles, something that has been denied by city lawmakers. Whatever the reality, The Tonight Show is merely the latest in a long line of high-profile TV shows to find more favourable economic conditions on the East Coast.

Bringing The Tonight Show back to our city means we're bringing more than a hundred jobs to hard-working New Yorkers.

"The tax incentives game is played by a lot of states and some have used it more than others," added Sam Craig, Director of the Entertainment, Media and Technology programme at New York University, in comments to the outlet: “But it's not just that: New York City has made it much easier to shoot films here by making it easier to get permits and block off streets.”

In 2013, The Amazing Spider-Man 2 became the largest-ever feature film to shoot entirely on location in New York and post-production work in the state has also reportedly seen a massive increase since the relevant incentive was increased in mid-2012.