Animation company leaders from British Columbia will visit the UK this week looking for commissions and co-production deals from top UK broadcasters. British Columbia is a major animation hub and Vancouver will be hosting production on a film version of video game Angry Birds. 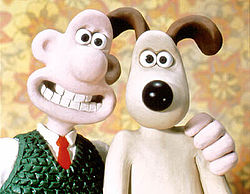 British Columbia has a 17.5% tax credit for digital animation or visual effects work, while the UK offers a similar programme worth up to 20%.

This week’s visit from British Columbia leaders will mark their first major trade mission since the UK’s animation tax credit was launched and co-production deals would enable projects to benefit from the incentive deals in each respective territory.

“We are visiting the UK to explore the options for world-beating co-productions – tapping the skills and creativity of animators on both sides of the Atlantic,” says Robert Wong, Vice President of Creative BC: “The favourable tax regime in the UK through the animation tax credit has made collaboration a real possibility for the first time in several years.

“The UK and British Columbia are both international forces in animation. UK animators are known for classics such as The Snowman and Wallace & Gromit to Peppa Pig."

We are visiting the UK to explore the options for world-beating co-productions – tapping the skills and creativity of animators on both sides of the Atlantic.

"Meanwhile, British Columbian animators are behind the latest episodes of Thomas the Tank Engine, the Barbie Cartoon and a new generation of children’s favourites such as Pirate Express and Slugterra," Wong adds.

Sony Pictures Imageworks in Vancouver worked on Cloudy with a Chance of Meatballs 2 and will also be producing the animated feature version of video game Angry Birds.