Jurassic World and Terminator 5 filming on location in New Orleans

Dinosaur sequel Jurassic World and sci-fi sequel Terminator: Genesis will be among the big-budget productions filming in New Orleans over the coming months. A reboot of superhero franchise Fantastic Four is scheduled to film in Baton Rouge. 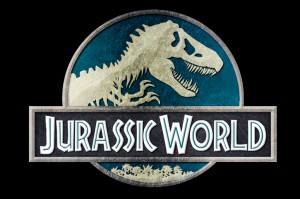 Jurassic World will be the third sequel to Steven Spielberg’s classic dinosaur blockbuster Jurassic Park, which last year marked its 20th anniversary with a 3D re-release. Spielberg was a producer on Jurassic Park: The Lost World and Jurassic Park III, and he resumes the role on the new movie.

Terminator: Genesis will be the fifth in the Terminator franchise that James Cameron began in 1984 and original star Arnold Schwarzenegger will be involved. An accompanying TV drama series is also being planned.

Louisiana is one of the top production centres in the US because of its appealing blend of studio facilities and locations backed by a generous 30% uncapped filming incentive. The state is one of the few options for big-budget productions looking to film in North America that are looking for the right combination of studio space and tax credits.

Louisiana is one of the top production centres in the US because of its appealing blend of studio facilities and locations backed by a generous 30% uncapped filming incentive.

California does not support big-budget shoots, so features and high-end TV productions are increasingly opting for shoots in states like New York, North Carolina and Georgia, north of the border in Canada or, increasingly, overseas in the UK.

The starkest representation of Louisiana’s filming locations at this year’s Academy Awards is Steve McQueen’s 12 Years a Slave. Filmed entirely in and around New Orleans, the movie tells the true-life story of kidnapped free man Solomon Northup.